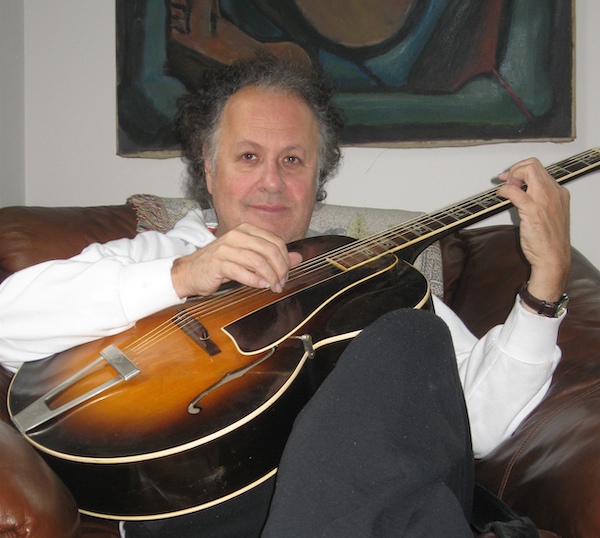 There is so much to say and tell about Arlen Roth as a musician and as a man, it would be impossible to write it in one short Bio. (He is, however, currently working on a real autobiography of his life!)

This guitar legend is considered one of the most influential guitarists of all time, Arlen has toured the world with countless acts and recording with them as well. This includes artists such as Simon and Garfunkel, Bob Dylan, John Prine, Phoebe Snow, Levon Helm, Ry Cooder, John Sebastian, Janis Ian, Eric Andersen, The Bee Gees and so many more. His teaching and creation of Hot Licks Video pioneered music and guitar education all over the world, and his videos have sold in excess of 2.5 million copies. His current online lessons and blogs for Gibson.com have over 1 million followers! Arlen was also the man behind the legendary Blues film, Crossroads, creating the guitar parts, directing the guitar scenes, and working alongside Ry Cooder and Ralph Macchio for seven months in Mississippi and in L.A. He was voted in the Top 50 Acoustic Guitarists of All-Time by Gibson.com, and in the Top 100 Most Influential Guitarists of All-Time by Vintage Guitar Magazine. He has 8 best-selling books to his credit, and his book Hot Guitar, is a compilation of 10 years of his wildly popular column for Guitar Player Magazine of the same name. From 2007 to 2012, Arlen was also the creator of over 1000 online lessons and blogs for Gibson Guitars.

His latest album, for 2017 is TELEMASTERS, an album mostly recorded in Nashville, featuring Arlen in duets with other Telecaster Masters such as BRAD PAISLEY, VINCE GILL, STEVE CROPPER, STEVE WARINER, JOE BONAMASSA, BRENT MASON, ALBERT LEE, JOHNNY HILAND, JERRY DONAHUE, WILL RAY, REDD VOLKAERT, BILL KIRCHEN and JACK PEARSON. This album, as well as the Slide Summit are both Produced by the Grammy-award winning Tom Hambridge, who is also on the drums.

Due to be released in 2018 is a duet album Arlen is doing with the legendary JOHN SEBASTIAN, in tribute to John’s music, lead guitarist Zal Yanovsky, and to the LOVIN’ SPOONFUL who were a huge influence on Arlen when he was growing up as a guitarist! This album is part of an ongoing series of “tribute” albums he has done, including SIMON & GARFUNKEL, BOB DYLAN and The ROLLING STONES.

Arlen continues to record and tour all over the world, getting sell-out crowds and standing ovations wherever he appears!! Arlen is also the founder and CEO of the new International Guitar Hall of Fame and Museum, which has been a long-time dream of his that he hopes one day to become a reality!