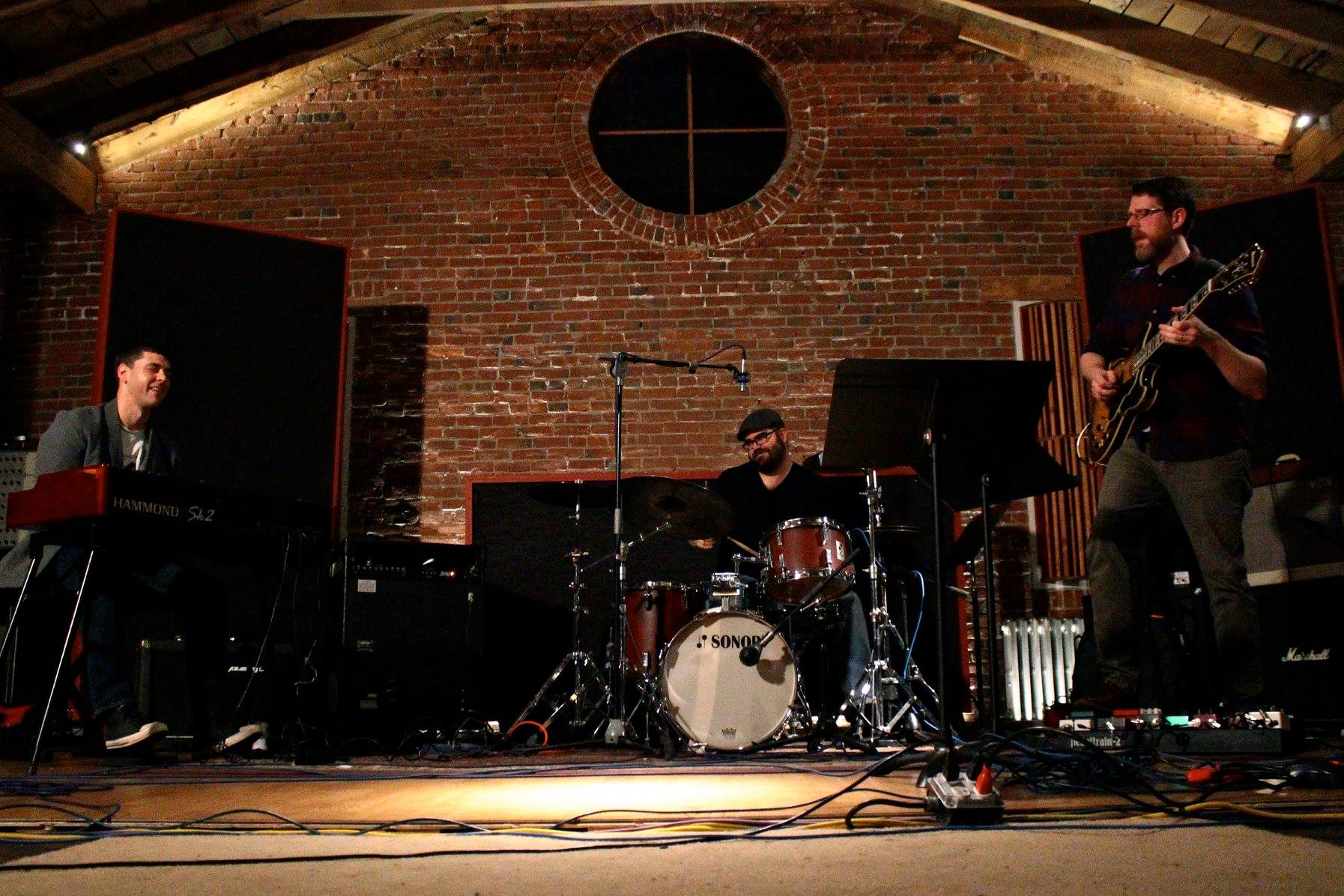 After a long hiatus from the recording studio, Dave Mattock returned in 2020 with the new album Funktap. Featuring all original material by Dave, this recording is the culmination of many years of writing and performance with Dave’s Tap Room Band. Over the course of hundreds of performances, the groups sound has evolved from its traditional 1960s jazz  organ-trio roots into a unique style that incorporates the 90s jazz, hip-hop and rock that Dave was raised in. Funktap is a direct descendent of other bass-less jazz groups of the past twenty years, reminiscent of Joshua Redman’s Elastic Band, Chris Potter’s Underground, and Soulive. Intricate melodies, complex rhythms, and intelligent improvisation meld seamlessly with groove and emotion to create a perfect balance in Dave’s compositions. This is music that will keep the mind occupied and the body moving.

Dave will be joined onstage by guitarist Jason Herrmann and drummer Matt Smallcomb, bandleaders in their own right. Jason’s versatility is fascinating, with significant work in the worlds of  jazz fusion (Jjim), metal (Tetsuo and Burden) and folk (Meg Moyer). Matt is one of New York City’s most sought out drummers, known for his incredible diversity. Equally at home playing on Broadway (West Side Story, Moulin Rouge), classical (Alarm will Sound), or jazz (Jesse Lynch), Matt’s sophisticated playing lends itself to many stylistic changes.