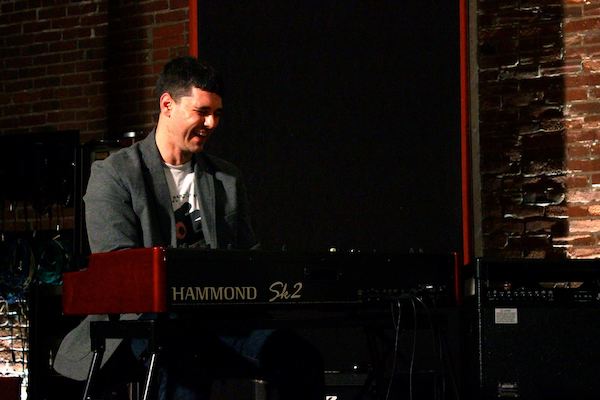 After a long hiatus from the recording studio, Dave Mattock returns in 2020 with the new album Funktap. Featuring all original material by Dave, this recording is the culmination of many years of writing and performance with Dave’s Tap Room Band. Over the course of hundreds of performances, the groups sound has evolved from its traditional 1960s jazz  organ-trio roots into a unique style that incorporates the 90s jazz, hip-hop and rock that Dave was raised in. Funktap is a direct descendent of other bass-less jazz groups of the past twenty years, reminiscent of Joshua Redman’s Elastic Band, Chris Potter’s Underground, and Soulive. Intricate melodies, complex rhythms, and intelligent improvisation meld seamlessly with groove and emotion to create a perfect balance in Dave’s compositions. This is music that will keep the mind occupied and the body moving.

A professional piano, organ and keyboard player, Dave Mattock divides his time between performing and teaching. Dave is a member of the faculty at University of Pennsylvania and Camden County College, and is the founder and owner of the Mattock School of Music in Chadds Ford, Pennsylvania. An active performer, Dave currently leads The Tap Room Trio, Ship of Fools, and Funktap, and is a member of Soul Purpose, Jeanette Berry and the Soul Nerds, and Apparatus. Dave can also be found freelancing around Philadelphia in various jazz gigs. Dave received his Bachelors degree in Jazz Performance from Temple University, and his Masters degree in Jazz History and Research at Rutgers University.

Dave will be joined onstage by guitarist Jason Herrmann and drummer Josh Orlando, bandleaders in their own right. Jason’s versatility is fascinating, with significant work in the worlds of  jazz fusion (Jjim), metal (Tetsuo and Burden) and folk (Meg Moyer). Josh is one of Philadelphia’s most sought after drummers, known for his absurd technical ability and stylistic complexity. His own groups Package and The Half of It have made major strides in the jazz fusion world, while his session work for other bands is too long to list.