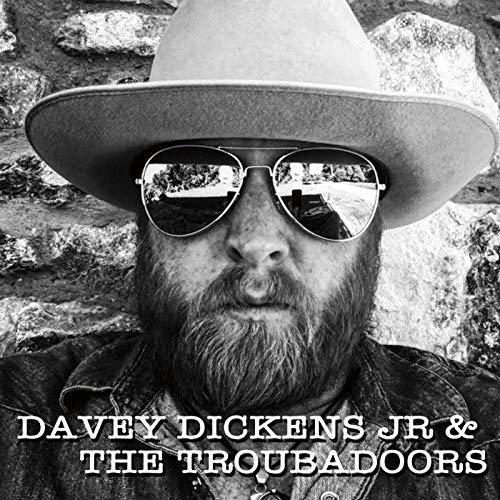 Davey Dickens Jr and The Troubadoors are an aggressive blend of Waylon Jennings and The Allman Brothers Band. Combining their own love and appreciation for classic country with Southern Rock and Blues, Davey and his band demonstrate an honest, no frills, outlaw-style view of America, based on experience, not media.

Davey is a Chester County native, and beyond being a singer-songwriter, Davey is a military veteran, retired bull rider, professional hunting and fishing guide and touring musician, playing over 200 dates himself in 2019. His band is compiled of some of Pennsylvania and Delaware’s finest and seasoned musicians. Kurt Houff on lead guitar, Tony Cappella on bass, both founding members of the legendary Delaware music staple, Montana Wildaxe, along with producer and musician extraordinaire Ritchie Rubini on the drum kit. Last but certainly not least, the incomparable Dave Van Allan joins on the pedal steel guitar.

Chadds Ford, PA, native Chris Bruni’s fourth album, 2018’s 100 Years, delivered his most accomplished work to date. This collection of heartfelt songs come on the heels of a very dark period of personal struggles with relationships and near family tragedy. The decision to leave his east coast roots and work primarily in several Los Angeles studios with longtime friend and Grammy winning producer, Tim Sonnefeld, has given Bruni’s loyal and growing fan base a collection of songs that will no doubt shed light on his own introspection while also instilling melodies that are both new and yet somehow familiar. While the melancholic trend that seems to exist in a lot of Bruni’s previous material is still present, there is a sense of maturity and self awareness that will no doubt compel the listener to feel good even when things aren’t so bright.