with special guests The Tea Club 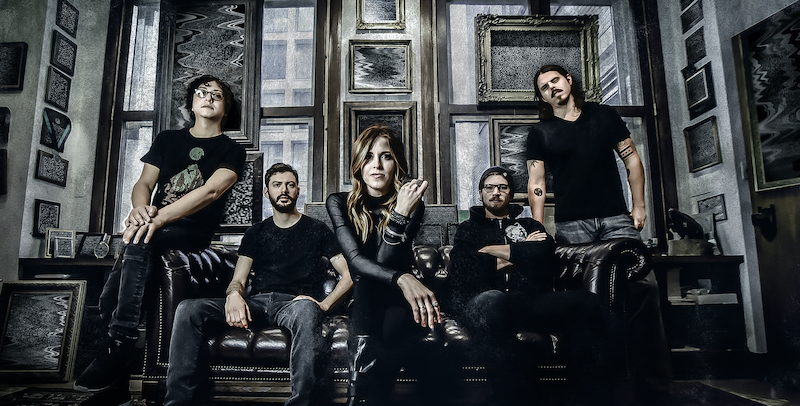 District 97 is undoubtedly the most musically-adventurous rock band in the world to feature an American Idol Top 10 Female Finalist. Since 2008, this quintet from Chicago has melded an adventurous, uncompromising instrumental prowess with the look, sound, and stage presence of vocalist Leslie Hunt. Through world tours and a stream of studio and live releases, the band has garnered a worldwide fanbase; collaborating with iconic singer/bassist John Wetton (King Crimson, Asia, UK) and drawing praise from Bill Bruford (drummer of Yes/King Crimson/Genesis), Mike Portnoy (drummer of Dream Theater/Transatlantic) and other rock luminaries along the way. District 97 rehearses doggedly to refine their compositions, ensemble-playing, and stage presentation; their standards for excellence have only grown more rigorous with the passage of time.  Their new fourth studio album Screens and its accompanying live show are their most ambitious efforts to date.

The Tea Club is a band about feeling. Earnest and impassioned, their music combines elements of art-rock, folk, electronica, and romanticism to create a unique sound all their own.

Formed in 2003, the band has independently recorded and released four EP’s and five full length records. They’ve performed hundreds of shows including the Progday Music Festival, the NJ Proghouse Music Series, the Indie Music Festival in Atlanta, the Progstock Festival, and the Terra Incognita Festival in Quebec City, Canada. They’ve opened for Haken and have toured the U.S. with Thank You Scientist, Bent Knee, Moon Tooth, and Beardfish. In May of 2020 they will play alongside Big Big Train at the Rites of Spring Festival in Sarasota, Florida.

If/When, their fifth and latest record, released in July of 2019, is daringly personal; exploring themes of death, failure, new life, and hope. Complex and cerebral, unguarded and intimate, If/When is a thoroughly heart-felt addition to the band’s immersive catalog.

Heralded by Prog magazine as “Challenging, modern, and frequently scintillating…one of those few acts in recent years who have the musical audacity and potential to become major players.”, The Tea Club continue to explore new ways of communicating deep feeling through their art.