HEAD Starring The Monkees *To Be Rescheduled to 2022* 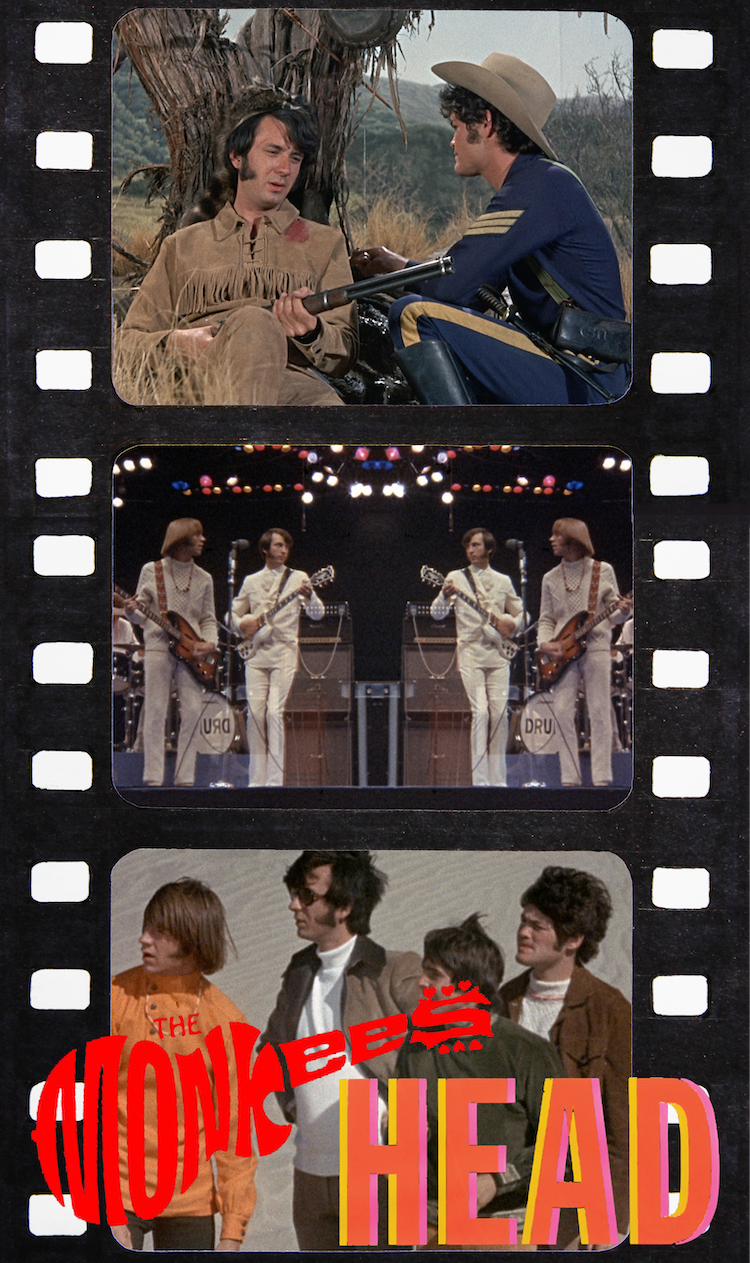 Hey, hey, it’s the Monkees . . . being catapulted through one of American cinema’s most surreal sixties odysseys. The brainchild of Bob Rafelson, making his directorial debut; his producing partner and Monkees cocreator Bert Schneider; and Jack Nicholson, a coscreenwriter on the project, Head was the fanciful beginning and ignominious end of the TV-bred supergroup’s big-screen career. In it, Micky Dolenz, Davy Jones, Michael Nesmith, and Peter Tork become trapped in a kaleidoscopic satire that’s movie homage, media send-up, concert movie, and antiwar cry all at once. A constantly looping, self-referential spoof that was ahead of its time, Head dodged commercial success on its release but has since been reclaimed as one of the great cult objects of its era. (The Criterion Collection)

“Hey hey, we’re the Monkees/You know we love to please/A manufactured image/With no philosophies.” In 1968, the Monkees addressed their own reputation in the song “Ditty Diego (War Chant),” which summed up the bad rap they’d received in the music press since they first emerged in the summer of 1966. The Monkees were talented singers, musicians, and songwriters who made a handful of the finest pop singles of their day (as well as a few first-rate albums) and delivered exciting, entertaining live shows. But at a time when rock music was becoming more self-conscious and “serious,” the hipper echelons of the music press often lambasted the Monkees, largely because they didn’t come together organically but through the casting process for a television series, and they initially didn’t write the bulk of their own material or play all the instruments on their records. The fact that they later took creative control of their music was often overlooked, and the quality of their music, which featured the work of some of the finest session players and songwriters of the ’60s, often seemed beside the point. Time has ultimately vindicated the Monkees, and their music still sounds fresh and engaging decades after it was recorded, but in some circles they never fully shook being branded as “the Pre-Fab Four,” no matter how far they moved from the circumstances that brought them together. Put simply, John Roginski is a walking Monkees encyclopedia. He has been a lifelong fan of The Monkees thanks to an aunt who gave him a box of Monkees’ records when he was very young. John is a member of four different bands, but his favorite position is being the lead singer, guitar player, and keyboardist with The Monkeephiles. At each Monkeephiles’ show, John shares Monkees information with the crowd by telling stories about the songs, the songwriters, the role of a particular song in The Monkees’ history, and so on. One of John’s goals is to make new Monkees fans every time The Monkeephiles perform.