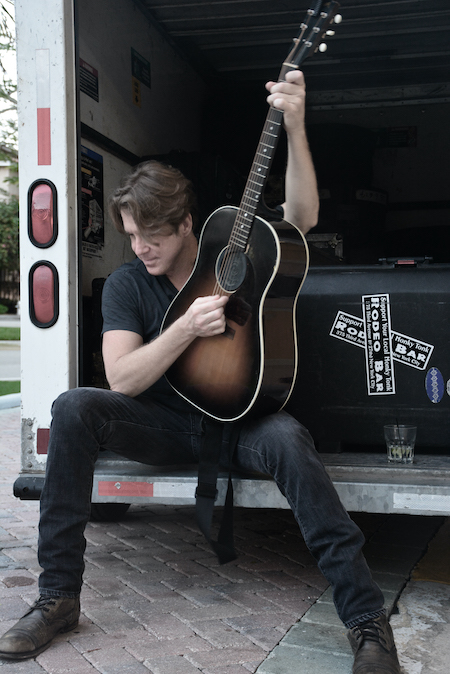 “I left home when I was fifteen looking to make some noise with a bullet mic and a six string and some other lost country boys.” You can read these lyrics from John Eddie’s southern rock anthem “Country In My Blood” and pretty much picture how his musical journey began.

Born and raised in Richmond, Virginia, John Eddie DID leave home at the tender age of fifteen and sure as hell DID make a whole lot of noise along the way to the release of his new cd , “Same Old Brand New Me”. Cutting his musical teeth in southern road houses and east coast beach bars, John Eddie honed his songwriting skills and stage craft, wrangling himself a couple of record deals while he was at it. He built a dedicated following of faithful fans who saw themselves in the stories he delivered soaked in the sounds of countrified bar band rock n roll.

And just when you think things are getting too serious, John and the band he assembled out of Nashville’s best players kick into the country fried rockers that you just know will be the soundtrack to many a drunken Caturday nights to come. From the raucous bar room confessional “I’m Still Drunk” to the single entendre, x rated “Real Big Deck”. these songs are meant to be played loud and with a bottle raised.

Sometimes joyous, sometimes heartbreaking, sometimes its more than just a bunch of songs…grab yourselves a cold one and share the stories on “Same Old Brand New Me” the latest release from John Eddie.