Flashback! At The Flash 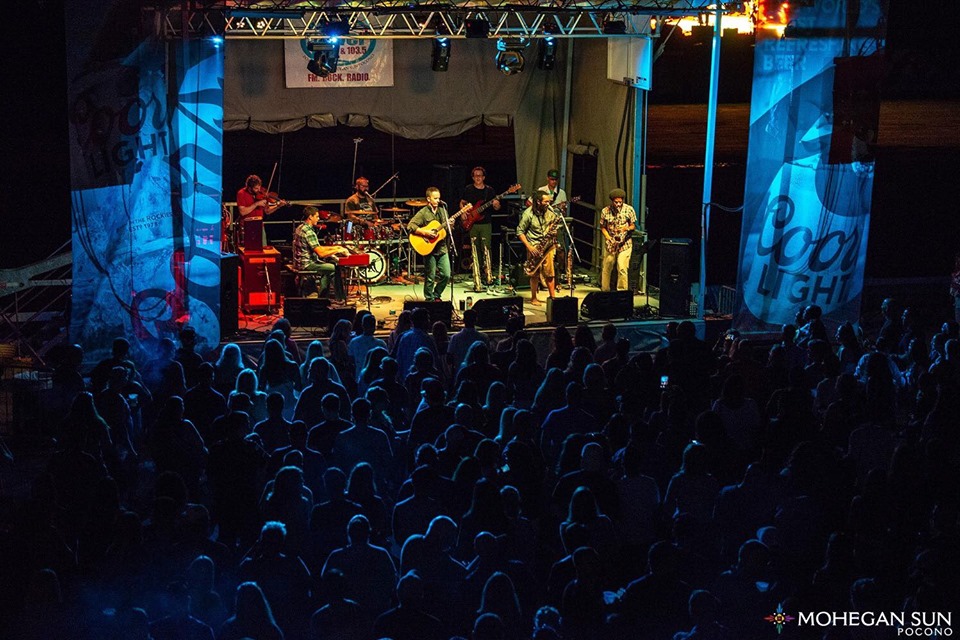 Proud Monkey is the earth’s only 8-piece Dave Matthews Band tribute act, formed in 2002 by guitarist/vocalist Dustin Switzer. Joined by top Philadelphia musicians Josh Orlando on drums and vocals, David Mattock on keyboards, and Tyrone Fredericks Jr. on horns, the octet is rounded out by the Scranton crew of Switzer, guitarist Neil Nicastro, violinist Mark Woodyatt, bassist Jon Ventre, and Carl Krupa on horns. Each member is at the top of their respective field. Proud Monkey is the only DMB tribute that has no setlist limitations, as Switzer operates a uniquely identical guitar arsenal to Dave Matthews himself, so some of their best songs that are off limits to other DMB tribute acts are never off limits with Proud Monkey.