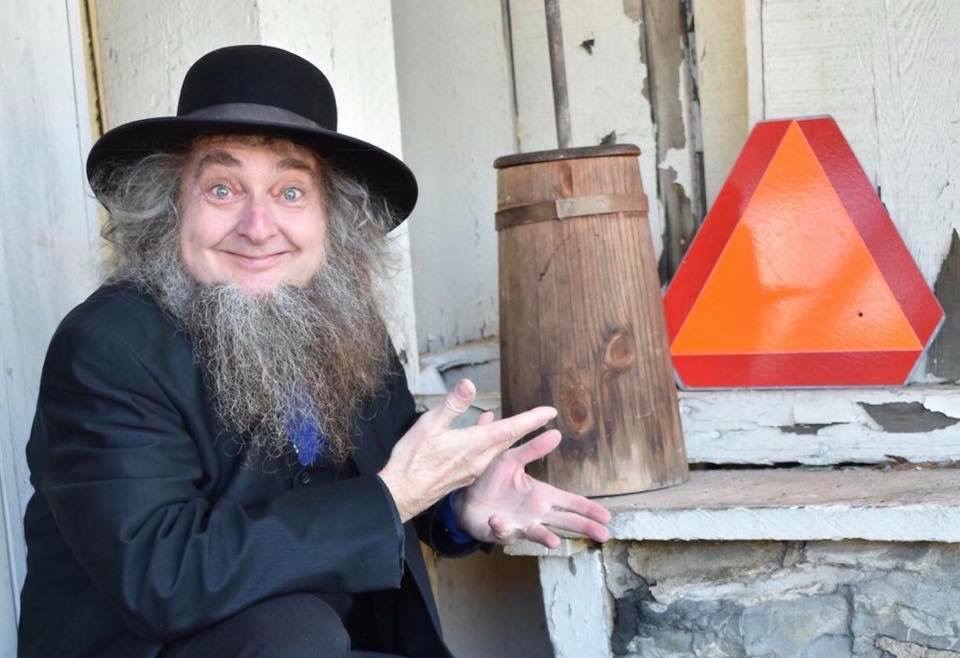 Raymond the Amish Comic is has been performing stand-up for the past twenty-three years. Recently performed at Comic Strip Live in NYC, Mohegan Sun Casino, Valley Forge Casino. He’s a regular guest on the WZZO Morning show with the Bearman and Keith – 95.1FM in the Lehigh Valley. He’s also been on the Miserable Men Show on Howard 101 and Opie and Anthony on Sirius Satellite as well as their comedy radio channel. Raymond has developed a cult like following selling out small theatre’s, firehalls, comedy clubs, fundraising events.

Raymond The Amish Comic was part of the workshop production of Sony Entertainments recreation of The Gong Show Live. Amish Comic was buzzed off Season Five of America’s Got Talent in an unprecedented five seconds. He’s appeared on MTV’s 7-Up and out, Comedy Central and a handful of television commercials.  He plays skeptical Amishmen #87 in the Tim Allen film “For Richer For Poorer.” and received $25 extra dollars a day during filming for having his own beard. He has appeared live on stage with Ian Anderson as part of the “Rubbing Elbows with Ian Anderson tour.”

If you haven’t seen his show before, do not expect an hour of farming jokes. Raymond rants about technology, covering everything from iphones to Netflix as well as giving you his take on the Amish Mafia and Breaking Amish. A ranter, a storyteller featuring a lot of bad words.

Steph Termini, from the big city of Downingtown, Pennsylvania, has been performing comedy for just two years, but don’t let that fool you. She has already been making a name for herself across the greater Philadelphia area. Her unique style is personal, relatable, and captivating. As a mother of two boys, Steph pulls her comedic inspiration from her life experiences as a mom and a first generation American.