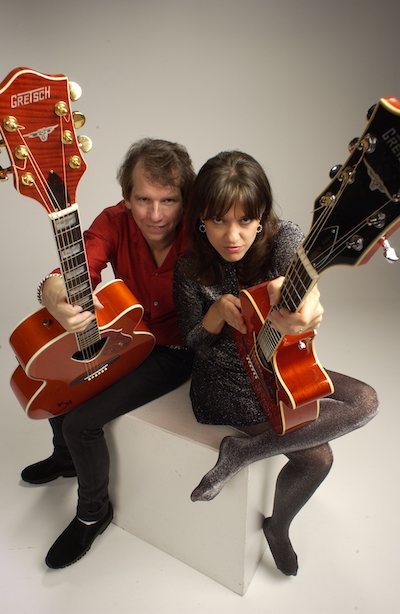 We hope to reschedule this concert at a later date.

All orders will be refunded in full.

Thank you for your understanding!
****

This performance is part of the WA Series, an ongoing concert series and a collection of arts related events in the Greater Philadelphia area at various venues and locations celebrating Women in the Arts.

At well over a million miles of roadwork, including two stints as members of Nanci Griffith’s Blue Moon Orchestra, Pete and Maura Kennedy show no signs of slowing down either on tour or in the creative realm.

Originally based in Austin, Texas, they spent a few years in the Washington DC area before moving to the East Village in New York City, where they have been based for most of the last two decades. The Kennedys are known nationwide as the hosts of the late lamented Dharma Café program on Sirius Satellite Radio, and on Broadway, they are regular cast members of Theatre Within’s annual tribute to John Lennon — working in that capacity with Patti Smith, Debbie Harry, Jackson Browne, Cyndi Lauper and a host of others.

Life on the road and time spent in the creative ecosystem of the Village have informed their songwriting over the course of 14 duo albums and half a dozen side projects, and Safe Until Tomorrow is true to that tradition. What sets the album apart is the inclusion of several anthemic, rocking songs of social consciousness that convey a strong message best summed up in one of the song titles: “Be Silent No More.” The Kennedys’ music has been described as uplifting, empowering and encouraging. In these turbulent times, they rise to the occasion with Safe Until Tomorrow. Green Cathedral is an original Art-Rock band whose first album (“Winter’s Veil”) was released on Üser Records USA. This debut album is available for purchase and distribution through CD Baby, as well as digital download and streaming through various popular online outlets. Winter’s veil has been steadily generating solid positive reviews as well as radio support in progressive regions.

Green Cathedral is made up of original music industry veterans from the Art-Rock, Post-Punk, and Prog Rock and Electronica worlds and recorded with the legendary Philadelphia producer Mark Montoro of Philly Jam Recording.

Green Cathedral is taking a meticulous crafting of songs with focus on musicianship and performance and infusing their material with unmistakable emotion that draws the listener in. Lyrically, the band explores the mythologies of this and other times, as well as the inner journeys of the mind, heart and soul. The music can be simultaneously esoteric and inviting, beautiful and sometimes aggressive. With their focus always on the song, Green Cathedral achieves Art-Rock sensibility with Pop hooks, strong melodies and choruses. This music expands the boundaries of radio friendly rock for the thinking class while never alienating the listener.