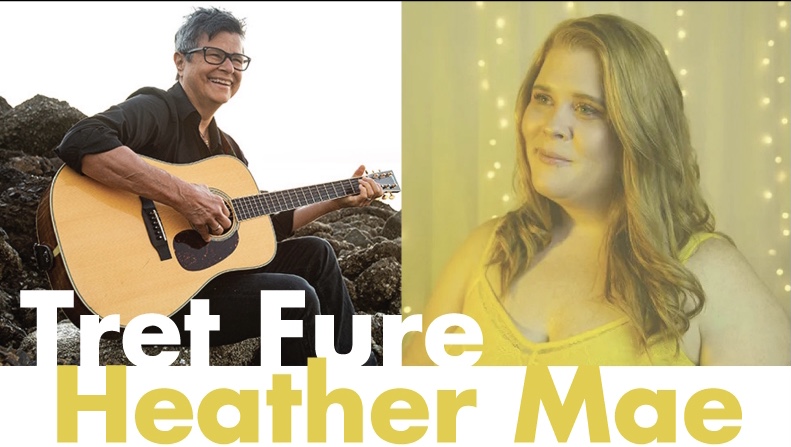 Tret Fure began her career at the age of 16, singing in coffeehouses and campuses in the Midwest. At 19, she moved to LA in hopes of obtaining a record deal. Within a year she was performing as guitarist and vocalist for Spencer Davis, touring with him and penning the single for his album “Mousetrap”. She went on to record her own album “Tret Fure” in 1973, on MCA/UNI Records, with the late Lowell George of Little Feat as her producer. With the success of that release, she opened for such bands as Yes, Poco, and the J Geils Band.

A prolific artist in the contemporary singer-songwriter arena, Tret Fure has released 17 albums and CDs over the course of her 51 year career. In addition to being a gifted songwriter, Fure has engineered and produced countless recordings by a variety of artists, including her own work.

Unfazed by what a typical pop artist today is “supposed” to look like and how the typical pop artist is “supposed” to sound, Heather Mae, an award-winning songwriter whose evocative vocals and rhythmic piano style call to mind artists like Stevie Nicks and Sara Bareilles, creates intoxicating music that tackles complex topics surrounding mental health, LGBTQ+ issues, self-love, racial injustice, social inequality, and women’s rights. Inspired by her own personal experiences and identities – a queer, plus size woman living with Bipolar Disorder – and those of her multifaceted fans with whom she has forged connections throughout her many years of touring across the United States, Mae crafts powerful lyrics and unforgettable music about life’s moments–from the quietly chaotic to the explosive.