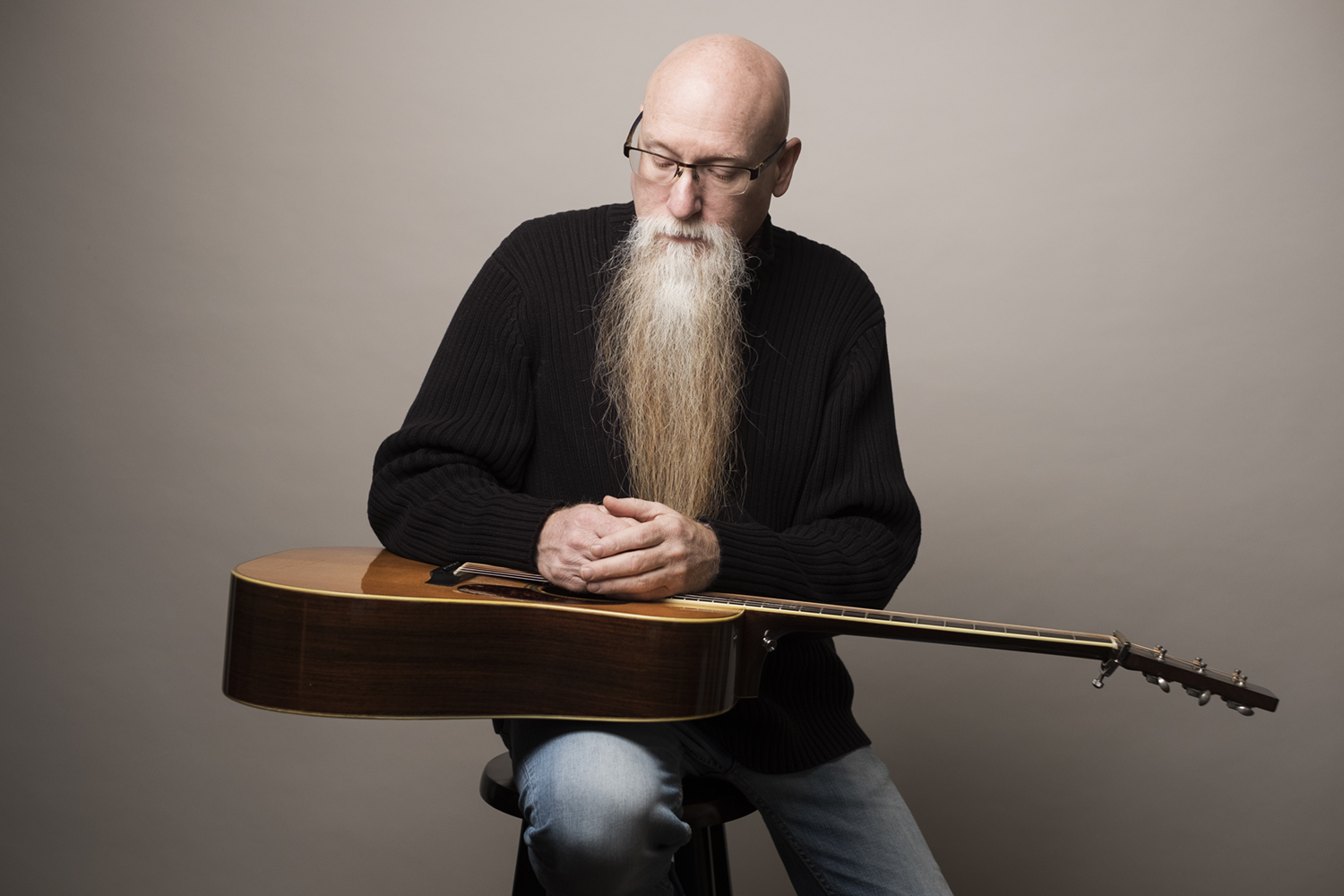 David Grier’s journey to becoming one of the greatest flatpick guitarists in the world started at a young age at the feet of Bluegrass legend, Bill Monroe.

David Grier’s father Lamar Grier, was a member of “Bill Monroe’s Bluegrass Boys” in the mid-1960s. Throughout his childhood, David spent hours listening to Monroe as well as many other prominent pioneers of Bluegrass music. Among the most influential to him were flatpick guitarists Clarence White, Tony Rice and Doc Watson. David Grier quickly found a strong passion for guitar and began to develop what is now his own world-renowned distinctive style.

In 1985, David Grier moved to Nashville, TN and began touring and recording with established acts such as “The Country Gazette” and International Bluegrass Music Association (IBMA) Hall of Famer, Doug Dillard. He also formed the band “The Big Dogs” with Andrea Zonn and genre-bending banjo player, Tony Trischka.

In 1988, David began recording a series of critically acclaimed solo albums for the Rounder Records label. It was these recordings that pushed David to the forefront of the Bluegrass scene and brought him three IBMA Guitar Player of the Year awards.

In 1996, David became a hero of the contemporary acoustic music scene when he collaborated with former members of the David Grisman Quintet, Darol Anger, Mike Marshall and Todd Phillips. Together, they created the contemporary Bluegrass band, “Psychograss”. This group set the tone for innovative and forward-thinking acoustic music.

In 2000, David was recognized by Acoustic Guitar Magazine as one of the “Artists of the Decade” and his solo album “I’ve Got the House to Myself” was included in the “100 Essential Acoustic Guitar Recordings of All Time.” He has also played on four Grammy Award-winning albums (True Life Blues: A Tribute to Bill Monroe; The Great Dobro Sessions; Alison Brown’s Fairweather; and Amazing Grace 2: A Country Salute to Gospel).

Recently, David assembled an all-star Bluegrass quartet, “The Helen Highwater String Band” in collaboration with Mike Compton, Shad Cobb, and Missy Raines. With this project, David discovered another side of his artistry through songwriting and singing.

On his newest upcoming album, “Ways of the World”, David showcases his vocals for the first time on five original songs. The new album is a brilliant example of David’s expansive capability and artistic evolution. He continues to captivate listeners with exciting new material while keeping traditional virtuosic flatpick guitar at the heart of his sound.